Trending Now
Banking Software Prices: What is the pricing?
Making Money Online
CFD Trading
5 Easy Ways to Save Money While On...
Choose your path wisely as a trader
How to start Forex trading in a proper...
The Top Reasons To Start An Exciting Career...
How to Start and Run a Business Entirely...
5 Healthy Ways to Save Money
How Can You Increase Your Website Traffic?
Home Articles Got An Old Car? Here Are 5 Ways To Make Some Money Out Of It!
ArticlesInsuranceMoney MakingTips

Got An Old Car? Here Are 5 Ways To Make Some Money Out Of It!

There comes a time in a car’s life when it is no longer “fit for purpose”. It might have got to an age or condition where it makes no economic sense to continue ploughing money into it in order to keep it on the road.

Another reason might be if the car you own was involved in a car accident and written off by the insurance company, and they either gave the car back to you or you decide to pay a token amount to get it back for sentimental reasons. 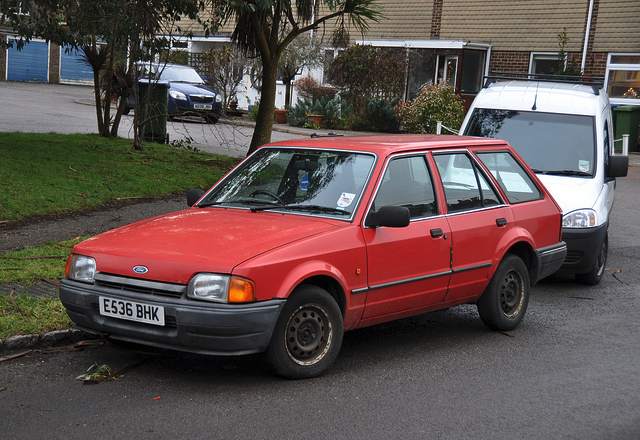 If you have got an old motor that you just don’t know what to do with, but you could do with some extra money to fund the purchase of a replacement vehicle like a Volkswagen Golf from a dealer such as motorlinedirect.co.uk, here are 5 things that you can do with that old car:

I know I am probably stating the obvious, but some people can’t bear to part with their cars even though they need the extra cash to put towards the purchase of a new one!

If your old car has still got some life left in it, then it might worth putting a bit of time and effort into making it as presentable and attractive as possible so that you can make the most amount of money from its sale.

The thought of your old car being turned into Coca Cola cans or steel girders for use in new buildings might not make you feel particularly enthusiastic about scrapping your car for cash, but you could always the experience into something more positive!

For instance, the money you get for your car will be used towards making your new one cheaper to buy, and you are also doing your bit for the environment by recycling!

3. Sell it to a banger racer

Banger racing (also known as stock car racing) is where people race each other in old cars! Some races could quite simply be cars that go straight out onto the track, whereas others might be rolling shells from old cars fitted with high performance engines!

Old cars are always in demand for banger racing because a lot of the time they get damaged beyond repair during a race. One could say that your car might go out with a bang if you choose to sell it to a banger racer…!

If your car is still in good nick, but you just simply fancy a newer motor, then have you ever considered hiring your car out to people? Sparked by a phenomenon in the United States, car sharing is a great idea for people who want to make a few quid out of their cars instead of having them sat on the driveway for large periods of time doing nothing.

A better option for cars who are comprised mainly of rust than they are metal is to strip any usable parts off them and sell them online through car forums and classifieds websites. You might think your car is not worth any money, but its individual parts could make you a tidy profit!

How To Make Money Buying And Selling Vans

Luxury UK Holidays on a Budget

Why Does Van Insurance Cost More Than Car...

Everything You Need To Know About Getting The...

8 Personal Finance Tips Everyone Should Know

Gift Tips: How to Find Ideal Gifts for...

The 11 Most Effective Ways to Save Money...

How to Start and Run a Business Entirely...

How Pimping Out Your Motor Can Be A...

Understanding The Difference Between A Bank Guarantee And...