Trending Now
Banking Software Prices: What is the pricing?
Making Money Online
CFD Trading
5 Easy Ways to Save Money While On...
Choose your path wisely as a trader
How to start Forex trading in a proper...
The Top Reasons To Start An Exciting Career...
How to Start and Run a Business Entirely...
5 Healthy Ways to Save Money
How Can You Increase Your Website Traffic?
Home Tips Sometimes It’s Cheaper To Buy A New Car! Here’s Why!
Tips

Sometimes It’s Cheaper To Buy A New Car! Here’s Why!

The motor trade is a multi billion pound industry in the UK. New and used cars are bought and sold virtually every day of the year, and if you want to buy a car it’s now easier than ever thanks to the Internet and the plethora of car sales and classifieds websites freely available to one and all to access! 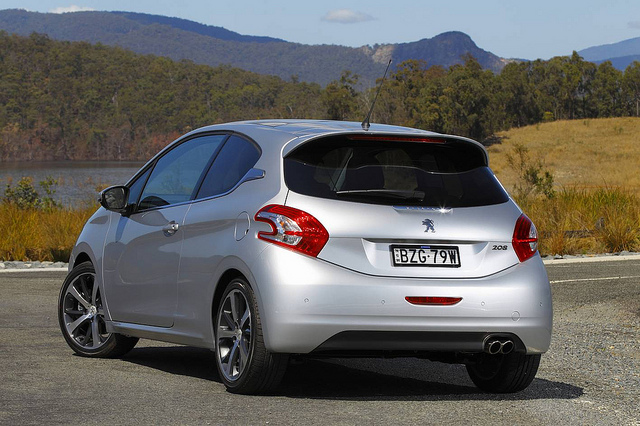 When it comes to buying a car, we are often told that we should not buy a brand new car because they are a waste of money, and that if we want something “new” we should opt for a nearly-new car (i.e. a car that is just a few months old) so that we don’t take a depreciation hit as soon as we drive off the car dealer’s forecourt.

But here’s one reason why you might want to reconsider buying a brand spanking new motor instead of settling for a used one: it might actually end up being cheaper! Before you write me off as a blog writer talking a load of poppycock, let me explain how this is so!

About a month or so ago I read a news article about how the new car industry is doing so well despite the volatile trading conditions and the threat of people becoming unemployed from their jobs.

The figures that were quoted from leading industry bodies suggested that the industry is doing exceptionally well, however, a lot of motorists are still a bit weary about taking out finance leases on brand new cars given their tightened purse strings (and rightly so).

As we all know, car dealerships such as the GK Group typically have all sorts of special offers happening most of the time in order to entice customers to buy brand new cars from them. But it seems that manufacturers are keener than ever to shift cars, so they offer massive discounts on cars which their dealers can then pass onto you, the motorist.

Some people opt for nearly-new cars as they get the best of both worlds (i.e. a “new” car but at much cheaper prices), but in many cases it’s cheaper to buy a brand new car instead!

There was a recent news article from the Daily Mail which gave the following real-world examples of how buying a brand new car was better than buying a used/nearly new one:

Of course, not all brand new cars can work out cheaper than used ones, but in some cases they do! Basically, it’s normally the finance package you take out which can determine whether a new car is cheaper or not.

Quite often you will find that finance deals are more attractive on brand new cars than used ones. Sometimes there are even 0% offers if you put a sizeable deposit down too.

How Pimping Out Your Motor Can Be A Good Little Earner

Four Long-Term Plans You Need To Build That...

Top Tips For A Happy And Prosperous Retirement

What are the best Stocks to buy in...

8 Personal Finance Tips Everyone Should Know

Selling Your Home In Fast or Slow Markets

Savings tricks: how to get cheap train tickets...

What Are The Best Ways To Build A...

Gift Tips: How to Find Ideal Gifts for...